Dockless bikes are great for users but when they’re left randomly on the pavement, they’re a menace for people with pushchairs, wheelchairs, or with visual handicaps.

Westminster Council has started seizing badly parked bikes. But that’s not a long-term solution. Edward Lucas says "We need safe, well-signposted spaces for these — and the companies should impose fines for users who park them inconsiderately."

"It’s the same story as the use of cycle couriers by UberEats, Deliveroo and JustEast — a great idea, but the downside lands on the rest of us.” Edward has been asking these delivery companies to improve conditions for their riders, but also to make them easily identifiable so as to reduce the incentive to break traffic rules and ride dangerously.

Edward’s written to Westminster Council asking for an update. We’ll keep you posted. 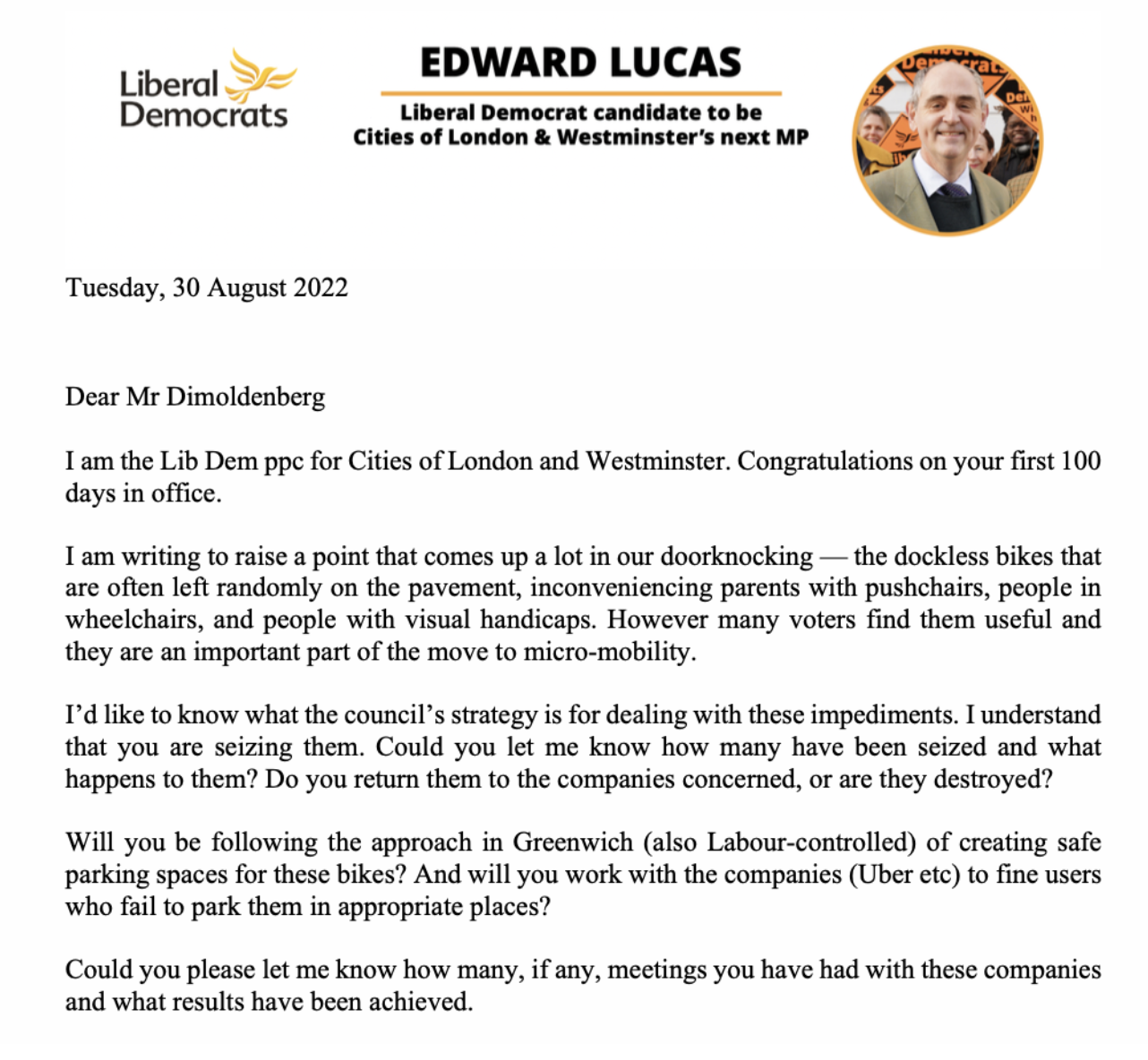